I am trying hard to collect my thoughts because I really let this course span a lot of time.  But, yes, my thoughts and ideas about mobile devices have changed significantly during this period.  I didn't have an iPad when I started and didn't think for a minute that I could do so much of this on my phone.  I now own an iPad and have significantly more apps on my little iPhone!  Since I work in St. Paul Public Schools, the timing of my "enlightenment" is spot on.  Even though my school's new iPads are scheduled to arrive in the fall, I purposely chose to purchase my own.  I'm even on a path to selling a fairly new Macbook!

I have several favorites that I discovered over the months, thanks to The 23 Things.  In general, I would have to say that I liked the latter options better.  They were like dessert.  I am happy to even have learned how to blog!  Once again, it reaffirmed for me what good teaching consists of, and that is that it should be hands on.  I liked delving a little deeper into social media, presentations, video - performance apps, if I may call them that.

I didn't actually connect with others too much while doing The 23 Things.  There were a few people I know who were doing the course, too, and we talked a bit.  I did look at some of the others' blogs, but not too often.  Mostly that was because I didn't have the time to but would have liked to.

One of the biggest surprises for me was how much I like my iPad.  I was actually given one for a gift the first year they were available, and after a bit of use, I returned it.  That seems to amaze a lot of people.  Last night I was with a friend, and I asked if she owned an iPad.  Her response was that they have two in their home, and no one uses them!  Reminds me of the quote about putting a computer under a kid's pillow and expecting her to learn from it.  My friend and her family need The 23 Things.

I'm not sure that I have any suggestions for improvement.  I liked the course a lot.  Making sure that all links are up to date is important.  I can't imagine how tricky it must be to keep everything, even content, current in such a constantly changing realm.

I would take another The 23 Things program like this again in a heartbeat.  I learned so much!

Handing me an iPad without The 23 Things is like putting a 15-year-old behind the wheel of a stick shift and saying, "Take it for a spin!"
Posted by Unknown at 7:38 AM No comments:

I took the "Free-for-all" advice in Thing 21 and looked ahead to Thing 22's advice for finding new apps, so I'm combining my blog post for both of them.

I already use Apps Gone Free on my iPhone and am happy when I remember to check it.  Today I added it to my iPad and noticed some new features, at least on the iPad!  I like the "bumping" feature to notify friends of cool freebies.  Am also impressed by the Global addition.  What a small planet we live on today!  I downloaded "Convertible" because it is free today and will likely pass that on (oops - bump) to my science geeky spouse and possibly a teacher or two.

But what I am really happy to learn about is Quixey!  Sources of apps for me so far have been limited to iTunes searches (not so fun and certainly not speedy) and referrals from friends and colleagues.  But now I have my own source!  The new app I found using Quixey is Trip Advisors offline, downloadable city guides.  I also discovered the Concerts app by BlueHaze.  I like how you can go to the Quixey website, type in your search term, and then readily compare all options before blindly downloading.  When searching for a guide to local music, I chose the BlueHaze app because I was able to quickly read reviews of the others that Quixey pulled up.

Also, I recently attended a two-day iPad Institute put on by Minnetonka Public Schools, and it was phenomenal for being turned on to new apps.  I guess that's a public service announcement for Minnetonka!

Posted by Unknown at 8:39 AM No comments:

Well, I must start by saying that I am not a gamer in any way.  When I have free time and have a device in hand, I am much more likely to read than play.  However, I do adore board games and card games and family game night for one reason.  And that is because it allows us (sometimes forces us?) to talk and laugh and interact with one another.  Online gaming misses the target for me.  I guess this is revealing my age, right?

With that said, I did peruse the games listed and found some that piqued my interest.  I have never and will never even open up Candy Crush, BUT the word games were a bit fascinating.  Word Collapse is the first one I tried.  It was fun, and the levels got more challenging.  I do enjoy some online games like Words with Friends and Scrabble, as well.  I'm thinking I might enjoy some kind of artsy, doodling one, too, if I find one.

And, actually, when I think about it, I have enjoyed some online Word games with my kids now and then, so I guess what I said earlier about not being able to interact with one another isn't quite true, right?
Posted by Unknown at 7:01 AM No comments:

Road Ninja, I love you!  We are taking a road trip soon, and I will put you to a REAL test.  So far, "driving" around my living room, you are smooth and wise and all knowing and an economist.  No sense of humor, though.  Just kidding (that I expected one)!  I even found a home cleaning business just up my street that I didn't know existed.  Hmmm . . . Could come in handy even when I'm not on the road.

Ah, it says too much about me, perhaps, that I've selected Vivino to download, AS A HOBBY no less!  Anyway, I am much like the fellow in the tutorial, always forgetting a great wine's name.  I'm not all that excited about sharing my low-brow tastes with others, but I like the app for keeping track of labels.  Better than occasionally writing a name in my silly Notes or Reminder section.

I promise not to use Road Ninja and Vivino at the same time. 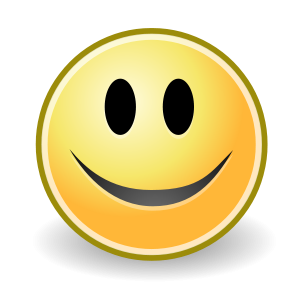 Posted by Unknown at 7:26 PM No comments:

The fun stuff is always at the end, it seems.  I love 3D Brain.  Gotta share it.  The dictionary app is right up my alley.  I love all that comes with it.  However, I stopped at deleting my old Merriam Webster app on my phone because I like that it pronounces words, too.  That's sometimes why I even use a dictionary while reading.

I have looked at and told one of my sons about artCircles and B-Rhymes.  What teen/artist wouldn't love these?

Okay, I failed my first test in Spanish on Duolingo, but what a cool app this is.  I will certainly make sure to pass it on to world language teachers who don't already know about it.  The same goes for Science 360.

I think Khan Academy, TED Talks, and Google Earth are certainly worth sharing with folks who aren't already using them.  My school is getting a huge influx of iPads this fall, so even though many of these are somewhat common to a lot of people, they may not be to all.

Mostly I'm left with the thought that perhaps teaching people how to discover new apps is like "teaching a man to fish."  It is probably a more important skill than passing on cool new apps, because you'll never win this one, no matter how hard you try.  It sure is fun, though!!!
Posted by Unknown at 6:53 PM No comments:

Wow!  I LOVE this thing!  Minnesota 511 is an app I already use and have advertised to all my family and friends.  We SO need this, don't we?  But now I have so many more cool apps in my digital pocket!  The Minneapolis Skyway app sounded so cool, but was actually a bit cumbersome. BUT that doesn't mean I won't pull it up when I need it.  Two more that I will use in my daily life are Minneapolis by Open Spaces and Going Out by the Star Trib.  No more waiting for the newspaper's arts section or relying on Flixster for my entertainment needs.  I like being able to search for music, theater, cool happenings around town and more with an app.  Come August, the State Fair app will be a must.  No more lining up to get a map, unfolding the paper, figuring out how to get to the dairy building from where you are, refolding the darned thing, and finding a pocket to house it.  Wow!  App on a Stick!  Two others that I looked at and liked are MPR Radio and the Mayo Clinic Patient App.  Unfortunately, I searched for the MN Museum app to no avail.  I wanted to know how long the Toys exhibit was going to be in town!  Shoot!  But thank you for filling my pocket with these fun apps!
Posted by Unknown at 8:41 PM No comments:

Lots of cool recording options are mentioned in the 23 Mobile Things.  I like the looks of SoundCloud but decided to try my hand at Audioboo instead.  I don't think recordings ever have to be deleted in Audioboo, whereas in SoundCloud they need to be deleted after 120 minutes in order to record anything new.

It took mere minutes to figure out how to use Audioboo which is always a plus for most folks.  (I nearly added especially for young people, but, actually, teens spend so much more time delving into the digital world than a lot of older people, and I realized that that statement would be totally inaccurate.)  Anyway, I digress . . . It was simple for me to record my first few "boos," and they are capable of being much longer than the 3 minutes promised by the 23 Mobile Things site.  I believe my countdown was 10 minutes, which is really cool.

Again, this is something that I will certainly share with classroom teachers who struggle with Podcasts, CDs, and other such recording assignments.  Within the library, I see applications such as alternatives to Moodle for instruction, recording music to complement books, perhaps reading enticing passages from new books, interviewing students on a host of topics, and more.  I'm excited to try this one.  Again, simplicity seems key in this gigantic pool of apps in which we all swim.  Ooh, bad metaphor . . . it's hard to hear underwater!
Posted by Unknown at 6:47 PM No comments: